In case you haven't yet noticed, 2012 is a Leap Year. This every-fourth-year occasion is of course necessary to keep our calendar from going totally haywire. In fact, Wikipedia says in part, "The Gregorian calendar was designed... so that the date of Easter... remains correct with respect to the vernal equinox." It isn't my intention to write about the EQUINOX, however, but the accompanying PARADOX.

Which Paradox? Why the piratical one, of course, woven around Leap Day in Gilbert and Sullivan's Pirates of Penzance. If you haven't seen this silly bit of business about aristocratic pirates and an incompetent general with a lot of daughters to marry off, you should. The traditional and correct G & S version is available in several forms on disc from you-can-guess-where online. But the most accessible way to see it is to track down the movie version with Kevin Kline and Linda Ronstadt. It takes a few small liberties with the score so Angela Lansbury can sing the fabulous tune,
"This particularly rapid, unintelligible patter
Isn't generally heard, and if it is it doesn't matter!"
But in return you get the angelically divine Rex Smith, and Kevin Kline as the pirate king swinging from the crows nest wearing a mustache and flowing, open-necked shirt. Tame by today's standards, perhaps, but still worth watching.
"And it is, it is a glorious thing
To be a Pirate King!"

The Paradox revolves around Frederick, a young man freshly released from servitude to the dread Pirates of Penzance after attaining his 21st year. Frederick meets and falls promptly in love with the virginal Mabel, daughter of "the Very Model of a Modern Major-General," who has lied about his parentage to save himself and his daughters from the pirate's clutches.

The only problem is, Frederick wasn't signed up to serve till his 21st year, but his 21st birthday. And since he had the strange luck to be born on February 29, he's only celebrated five of them. When this is pointed out to him, the "Slave to Duty" tells Mabel he must return to the pirate band for another 60+ years. "It seems so long," she laments as she promises to wait for him.

In the mean time, the local constabulary is screwing up it's courage to capture the fierce pirates, lamenting as they sneak about that, "A policeman's lot is not a happy one." But don't worry, in the end the pirates are tamed, and Mabel and Frederick aren't the only ones who get their Happily-Ever-After.

I have a college friend who performs a Gilbert and Sullivan play every year with a local group in Michigan. I think I saw that they're doing Pirates this year. I wish I lived close enough to go. There aren't many chances to see any of the operettas these days, and that's a pity. At their best they are bright bits of fun with catchy tunes and clever lyrics. Perhaps the most famous piece G & S wrote is the Major-General's song from this one:

"In fact, when I know what is meant by "mamelon" and "ravelin",
When I can tell at sight a Mauser rifle from a Javelin,
When such affairs as sorties and surprises I'm more wary at,
And when I know precisely what is meant by "commissariat",
When I have learnt what progress has been made in modern gunnery,
When I know more of tactics than a novice in a nunnery—
In short, when I've a smattering of elemental strategy—
You'll say a better Major-General has never sat has he.
For my military knowledge, though I'm plucky and adventury,
Has only been brought down to the beginning of the century;
But still, in matters vegetable, animal, and mineral,
I am the very model of a modern Major-General."
When you think about it, Leap Year doesn't get much respect as a holiday. No songs, traditional foods or raucous parades. And that's a pity, because a day that only comes around once every four years deserves more. So this year I'm inviting you to join me in celebrating the paradox of February 29 with a trip to the coast of Cornwall, and a rousing chorus:
"Hurray for the Pirate King!
Hurray for the Pirate King!"
No comments: Links to this post

Top Love Poem of All Time

Yes, it's a big claim to make, that one can select the top poem on a subject that has been written about more than any other. But I believe I can make a good case that I have done it here.

Speaking of love, the love between a mother is daughter is often complicated.
For all that you gave me, Mom, thank you.
For my short comings and failures, I'm sorry.
I'm glad you're with the Lord finally, but the space you leave behind will never be filled.
I loved you.

This atypical love poem is truly one of the world's best. Truly Shakespeare the poet at his finest.

"When, in disgrace with Fortune and men's eyes,
I all alone beweep my outcast state,
And trouble deaf heaven with my bootless cries,
And look upon myself and curse my fate,
Wishing me like to one more rich in hope,
Featured like him, like him with friends possessed,
Desiring this man's art, and that man's scope,
With what I most enjoy contented least,
Yet in these thoughts myself almost despising,
Haply I think on thee, and then my state,
Like to the lark at break of day arising
From sullen earth, sings hymns at heaven's gate
For thy sweet love remembered such wealth brings,
That then I scorn to change my state with kings."

Tomorrow, the world's greatest love poem.
No comments: Links to this post

Shall I Compare Thee...

Today we have one of the best love poems ever written in the English language, Sonnet 18 by William Shakespeare.

"Shall I compare thee to a summer's day?
Thou art more lovely and more temperate.
Rough winds do shake the darling buds of May,
And summer's lease hath all too short a date.
Sometime too hot the eye of heaven shines,
And often is his gold complexion dimm'd;
And every fair from fair sometime declines,
By chance or nature's changing course untrimm'd;
But thy eternal summer shall not fade
Nor lose possession of that fair thou ow'st;
Nor shall Death brag thou wander'st in his shade,
When in eternal lines to time thou grow'st:
So long as men can breathe or eyes can see,
So long lives this, and this gives life to thee."
1 comment: Links to this post 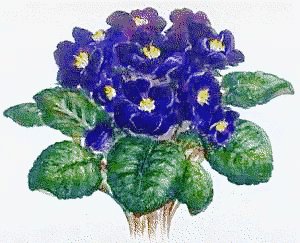